Moving with my Heart

It’s funny how we don’t remember how hard something is until we’re in that exact moment of repeating it. Like the first 5-10 minutes of every race I tend to curse to myself. Yet as soon as I cross the finish line I am eager to race again. It had been five years since I had completed the Transrockies Run. Devon Yanko and I ran together in 2009 and won the open women’s division. In 2010, I started it with Martin Gaffuri and dropped after day two with a hip stress fracture. I wanted to come back and replace that year's challenge with positive memories. I did just that.

I am not going to lie and say it was perfect or easy but imperfect and difficult was beautiful. It started off with Magdalena Boulet and I driving a 15-passenger van from Denver to Buena Vista. We saw rainbows, stayed with an eclectic couple that night, and started the trend of beets with every dinner. After witnessing an amazing almost full moon we were off to sleep and ready for the 120 miles that awaited us. There were ups and downs on the trails. We both felt good and bad at different times. We saw views, mountains, and wildflowers, ran through creeks and grass almost as tall as ourselves. Most of my memories aren’t of the trails or the runs themselves, but the silly stories that somehow weaved in and out of our days in the Rockies.

Story #1: It’s day number three. We completed 24.2 miles today and I am exhausted. We go to sleep in our tent. I wake-up and I have to pee. I sneak off to the bushes. Magda wakes up and heads to the porta potty. I get back to the tent and fall dead asleep. Magda gets back in to have a baby frog jump on her and around the tent. She tries to catch the thing for a few hours well I snore away.

Story #2: We both had a hard time doing our favorite thing other than running, drinking strong coffee. The whole week I could barely stomach breakfast and a cup of hot water. After stage #5, we took a venture into Vail to look for a good strong cup of coffee. Instead of finding coffee, we found a nice fountain to put our feet in. Hey there were kids’ doing it so who’s going to question a couple of adults?

Story #3: Every year I have come to Transrockies I have heard the warning of yelling back to the sheep. Basically if you come across a sheep dog in the mountains you should yell, “back to the sheep” so that it doesn’t try to heard or attack you. It’s day #6 and we are about 8 or 9 miles into the final 22+ miles. Magda asks, “Is that a sheep dog up ahead.” I see a white bushy dog trotting down the trail. I think it’s just a normal dog out on a stroll until the thing nearly pounces us. We both yelled back to the multiple times.

There were other things like the hail storm that happened well we carried on a conversation in the tent, the day we got in the lake with our Balega socks, down jackets, and warm hats, and that day we used sticks as trekking poles. The thing about it is I did hurt, I did have some tears, but it was absolutely worth it. Each day I made it through the challenge I remembered to move with my heart. I couldn't have asked for a better partner and event to remind me to toughen up while having a sense of humor and a smile. 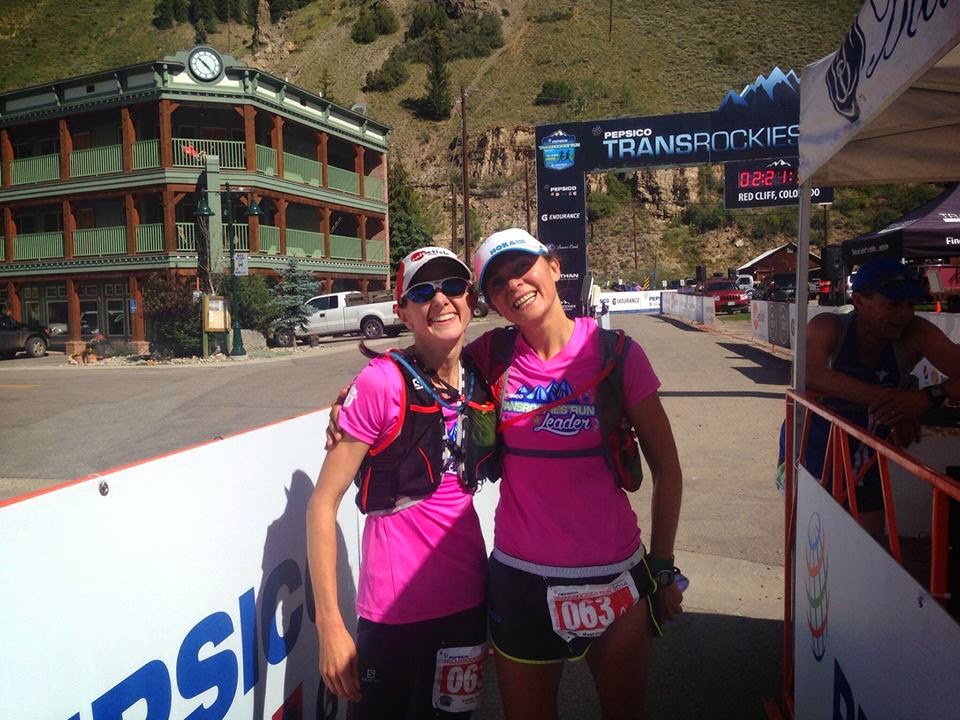